@technicalfault commitment to ensuring all HGVs are equipped with safety features by 2017.

Not the dedicated, segregated network that’s safe for ages 8-80 that we’d asked for. GMCC and CTC are now calling for a manifesto commitment – lobby your MP here.

Tonight, hundreds of people will gather at Manchester’s All Saints Park to participate in a Space4Cycling bike ride all round the city. Timed to coincide with Labour Party conference, the organisers say:

…we’re riding to raise awareness of the need for Space for Cycling. We want the ride to be a fun, family friendly event where we ride as a group at a gentle pace for a short distance around the city centre.

This ride takes place about a year after the first Space4Cycling bike ride in Manchester, which was timed to coincide with the Conservative Party conference. Last year’s ride took place shortly after the announcement that Manchester had won £20m from the Cycle City Ambition Fund following a successful bid, titled “Velocity 2025“.

So what are we riding for? After all, we have the money – shouldn’t we be happy? Things can only get better, as I’m sure someone once said.

Happily, the Velocity proposals are now coming through. Unfortunately, having been filtered through the council’s town planning department, we’re beginning to see that the vision for a cycling city isn’t necessarily the same as reality.

I believe that dedicated, separate space for cycling is what we want. Not shared pedestrians paths alongside roads for cars, or an endless succession of toucan crossings.

And, honestly, money is not the only thing that’s needed to make this a reality. In fact, it’s probably not the first thing we need either.

What we need is commitment. Real commitment from our political leaders that cycling is a serious form of transport that does have real, tangible benefits: from reducing congestion, improving health and boosting our global competitiveness.

Without that, any new money will do little. And the Velocity schemes will continue to fall short of the vision with which they were funded.

Today is the final day of 30 Days of Biking. As I said when I kicked off the month, the goal was to share the joy of riding a bike with as many people as possible, as well as ride every single day. 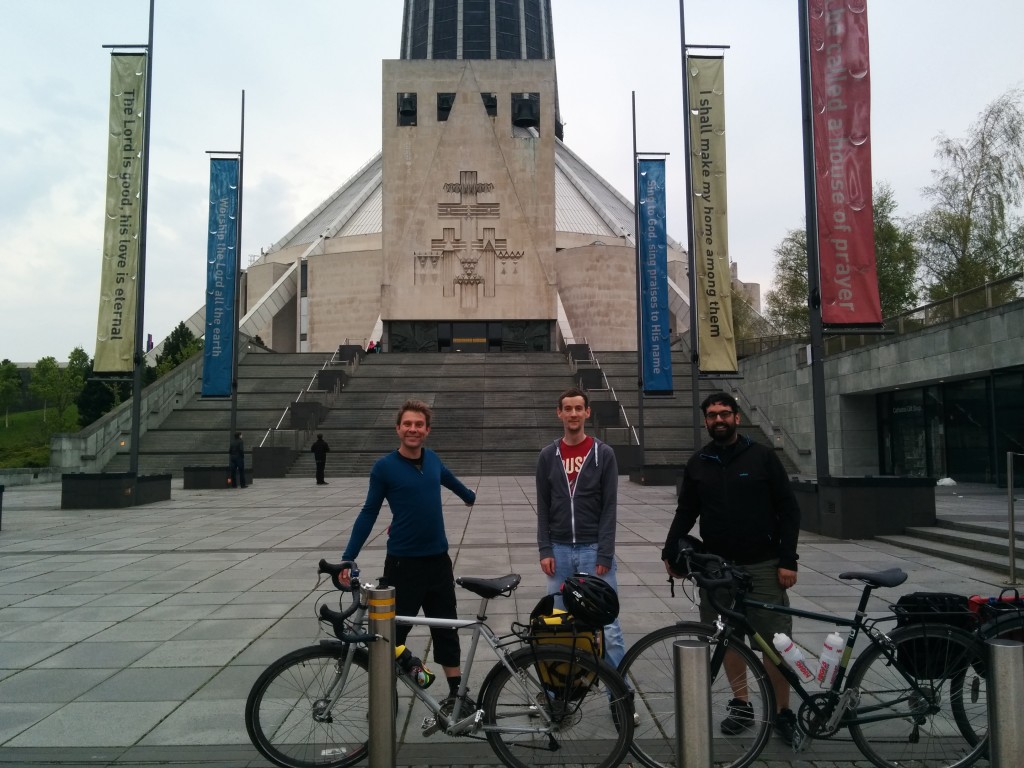 Well, as it turns out, I rode most days but not every single one of them. However, I did manage to publish a new blog post each day. Perhaps it should’ve been 30 Days of Blogging About Biking…

So it’s time for a brief retrospective.

Have you been inspired to get cycling for the first time? Or have you not ridden a bike since you were a kid? Then check out the free cycle training from Transport for Greater Manchester (TfGM). You don’t even need a bike of your own! You can also apply for a free bike and safety kit if you’re starting a new job.

What about if you’re a reasonably confident leisure rider, and thinking about cycling to work? Make sure you check out CycleStreets journey planner to find a sensible route and think about what you might wear whilst riding.

If you just fancy cycling socially, there are loads of events and groups in Manchester that you might want to check out. Next month, the North West Velo Fest will bring many of these together and organise great, fun and accessible cycling experiences. Remember to check where you can park your bike too.

If you consider yourself a pro rider, well I’m not sure there’s much I suggest. If you fancy a great, scenic ride that’s mostly traffic-free, how about striking out to Liverpool or building your own bike?

I really enjoyed the ride to Liverpool the other weekend. So this year, I’m signing up to a few other big organised rides.

First, it’s the Great Manchester Cycle – a traffic-free closed route cycling event that takes place on the streets of Manchester, including the Mancunian Way! It’s a great opportunity to ride on Manchester’s urban motorway (normally closed to bikes) and the family-friendly event offers different lengths of route (13, 26 and 52 miles). I did the 26 mile ride in 2012 and I plan to do the same again this year.

I’m also hoping to do the big Manchester to Blackpool bike ride. This iconic ride of about 60 miles is a hugely popular event, attended by thousands of riders of all types. This will be the third time that I’ll go on the ride and I’m really looking forward to the atmosphere, the beautiful scenery and the sense of achievement when I cross the finish line. 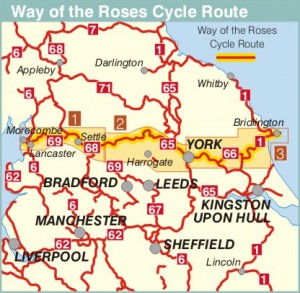 Finally (for now), my friend Ella has inspired me to consider an even bigger challenge. The Way of the Roses is a fully-signposted cycle route that runs coast to coast from Morecambe to Bridlington. Designed for all riders, from families to pros, the Way of the Roses uses mostly minor roads and traffic free routes to cover almost 200 miles between the start and the end. Most dauntingly, though, it includes some brutal climbs – but it’s no shame to get off and push, I say. The Way of the Roses is fully documented on its own website, with suggestions for how to prepare for the route and where to stay over – the record for completing it is somewhere around 11 hours, but I’m thinking of up to four days.

Coda to the 30 Days of Biking:

Cycling is a joyful and liberating activity that lets you make short journeys quickly and cheaply. You even get fitter doing it and you don’t have to look like a dork (in fact, it’s quite hipster…).

But cycling in the UK is still a growing activity. The more people that get out riding, though, the more fun it will be for everyone. One of the things that can help this is by asking councils and the government to create real space for cycling on our roads.

Later in May, GMCC will be calling on councillors and other politicians to make cycling even safer and more enjoyable. Originated in London, the Space4Cycling campaign has gone nationwide with events in most major cities.

In Manchester, GMCC are organising a mass bike ride to show off the popularity of cycling in our city and to demand improvements in cycling in Manchester from the council. This is particularly important as it’s ahead of the local elections in our city, which is a real opportunity to make change.

So if you’ve been inspired by the 30 Days of Biking to get out and ride or just like the idea of Manchester as an even more liveable city, come along to the Space4Cycling ride on Saturday 17 May from 2pm at Platt Fields Park. I look forward to seeing you there.

And maybe you’ll be blogging about your riding next year?