As denizens of Ancoats, we know that it’s constantly undergoing redevelopment and change. Things are stopping and starting all the time, though recently it seems some projects are going to be finished after all.

As this is based on Google Maps, you can of course, manipulate it like any other Google map – switch between the different view modes and even play with the Street View mode. This lets you click on any planning application and immediately see the building in question.

While we try it out, the map is centred around the middle of Great Ancoats Street and shows nearby applications to a diameter of about 800 metres. We’ll tweak this in the coming days as we get feedback on how useful this is and what you want to see on it.

So try out the local planning applications map and drop a comment here with any feedback! 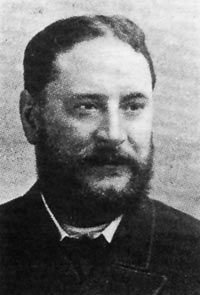 Well, we don’t really know whether Ancoats is the actual home of beards, but we know this. Ancoats has historically been one of the centres of migrant communities in Manchester, most notably the Irish and then the Italian community. Seeking a better a life and escaping troubles in their home country, they came to work in Manchester’s booming industrial zones, forming the “world’s first industrial suburb“.

The guy pictured, Jerome Caminada, is a classic example. Manchester’s answer to Sherlock Holmes, this Irish-Italian police detective is one of the most famous members of the Ancoats immigrant diaspora. And just check out his awesome beard!

So it’s probably true to say that the beard – being a sign of virility and masculinity often associated with Italian men – has always been associated with Ancoats (plus they didn’t have smooth Gillette razors in those days and cutting your throat is generally seen as a bad and painful thing).

For the same reasons, we’re sure, the popularity of beards has experienced resurgence in Manchester. And now, those bristly-faced hippies (often found around the Northern Quarter, and many of whom live in Ancoats) can actually make money from their beards.

Not for themselves of course, but for charity. Beards of Manchester “is a calendar featuring the city and some of its hairiest inhabitants” seeking to raise money for the Lifeshare charity, which supports homeless people in Manchester and Salford.

So if you think you have a beard that rivals good old Jerome’s beard, drop them a line at info@beardsofmanchester.com by the 24 September. All beards get to go on display online and the best beards get snapped and put into the calendar, as well as appeared on display in that beard-haven, Common Bar.

So, if you’re Ancoats and especially if you’re Irish-Italian (and a dab hand at solving murder-mysteries) get involved!

Update: we had fun checking out the “housewarming event” on a quiet Sunday morning. Some images from across Twitter are below the jump…

After the demise of ILVA in 2008, another Danish furniture chain is taking a crack at the Manchester market.

BoConcept “will offer customised, coordinated and affordable designer furniture to the urban-minded shopper”.

We at Ancoats Tweeps are a simple bunch and we’re not quite sure what that means. But, judging from the website, “a very posh Ikea-style boutique” probably sums it up (the location – MM2 building, Great Ancoats Street – is significantly smaller than the nearest branch of Ikea, in Ashton).

So, if you want a nice piece of flat-pack for your converted mill residence or, like us, just want a free gift and a Danish pastry, head down to their opening weekend. There’s also 20% off if you do decide to buy anything.

END_OF_DOCUMENT_TOKEN_TO_BE_REPLACED

The Manchester Zedders are a couple of intrepid individuals who have undertaken to explore the whole of Manchester on-foot. Armed with a copy of the A-Z, they tick off which squares they’ve walked and what they’ve found. Psychogeography or something, they call it (well, they don’t like to call it that). But their work is an invaluable modern historical record. A snapshot in time of wherever they’ve walked.

And in May 2008, they tackled our very own Ancoats:

Marie’s historical research has brought up loads of stuff about Ancoats. This is an area on the outskirts of the city centre which has seen heavy industry, slums, run-down estates and now a big regeneration project. It was apparently ‘the world’s first industrial suburb’. So we thought we’d go take a look.

Check out their incredibly comprehensive walk around some of Ancoats main streets, including photos of the regeneration as it stood at the time.

Special thanks for licensing their set of Creative Commons licensed images, a few of which we’re using for our header image.