Originally published on the Melbourne blog.

If a picture paints a thousand words, then an animated GIF almost certainly livens up a 140 character tweet.

So when your only response to a tweet or awkward moment is to issue an animated GIF, the time it takes to search Google Images, memegenerator or Tumblr can suck the fun out of it.

Enter GIF Finder. This brilliantly simple and free iPhone app offers “All the fun of gifs, none of the hassle of finding them.”

There’s not really much to how GIF Finder works, which is refreshing given the endless bells and whistles you find in most free apps. Just search for the GIF you want, pick from those returned and then share to wherever you want it to go.

GIF Finder uses Tumblr as its source for GIFs, so there’s usually something that hits the spot. And conveniently, it’ll share to clipboard as well as Twitter, Facebook etc so you’re not required to use the built-in iOS sharing. 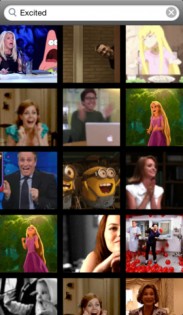 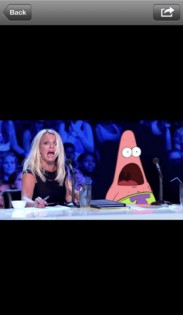 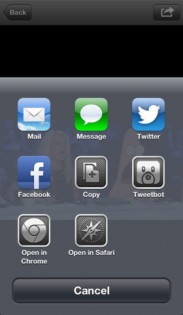 GIF Finder is a simple concept, well executed and fills a surprising niche. It’s free on the iOS App Store, but there’s no Android version yet which I suspect might go down well with ‘droid-toting teens.